Guest Artists
Hayden J. Frederick originally from Minneapolis, Minnesota, is extremely well versed in multiple genres of dance and has been visible in the NYC arts community for the past nine years. They are an ever-evolving contemporary choreographer whose mission is to strengthen human connection and inspire honesty and integrity through dance.
Since moving to NYC, Hayden has been fortunate enough to expand their dance knowledge through a variety of prestigious programs including Broadway Dance Center’s Intern Scholarhship Program (now the Professional Semester), Luam’s Rock the Industry, and Calen Kurka and Chris Hale’s Pushing Progress. Additionally, Hayden has had the privilege of assisting and training under some of the greats such as Sheila Barker, Derek Mitchell, and Cat Cogliandro. Through these connections, and others, they have been seen performing in high profile festivals such as Carnival, Sirens After Dark, Sybarite, and the Capezio ACE awards.
As a choreographer, Hayden’s work has been presented at venues such as the Highline Ballroom, Symphony Space, and the Salvatore Peridance Capezio Theatre, they have featured work in carnival NYC, the Pushing Progress Showcase Series, Jared Grime's Run the Night, Sybarite Love is Love, Jennifer Muller's Hatch series, and Shelly Hutchinson's Giving Treeand New York Moves benefits. Furthermore, Hayden was the featured opening number choreographer at The Pulse on Tour’s 2017 final gala in Las Vegas. they currently have several works in progress that can be viewed at shows throughout New York.
Hayden has a heart not only for choreography and instruction, but also for those they are able to reach and connect with. Hayden’s intentions lie in creating a space that feels safe for people to share, grow, and dissect their personal journeys, stories, and emotions. their objective is to encourage and support all voices in being recognized, heard, and seen. they believe in sharing a perspective that we are all capable of co-existing in a place of empathy, commonality, and kindness. they believe that art is an important catalyst and container for this mission, and they continue striving to uphold the integrity of this. 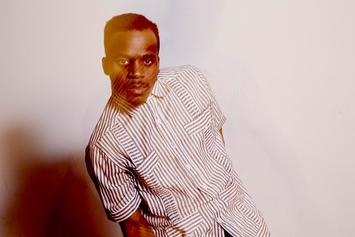 Maleek Washington, a native New Yorker from the Bronx, is a performer, choreographer, and teaching artist.
He began his dance training at Harlem School of the Arts, Broadway Dance Center, and LaGuardia High School for the Performing Arts. Maleek attended The Boston Conservatory on a full scholarship before beginning his professional career with CityDance Ensemble (Washington DC). While there, he worked with Paul Taylor, Kate Weare, and Alex Noeral, and as a SpringBoard Danse (Montreal) participant. Washington also worked with Jose Navas and Rubberband. Upon his return to New York City, Washington collaborated with McArthur Genius awardee, Kyle Abraham, and his company Abraham.In.Motion for four seasons before becoming the first African-American male to perform in the critically acclaimed immersive show Punchdrunk's Sleep No More. He has also performed for musical sensations, such as Sia, Phish, and with Rhianna in her immersive AntiDiary Campaign.
Washington's performance and commercial choreographic talent has been recognized nationally at prestigious venues such as The White House, The John F. Kennedy Center for the Performing Arts and Jacob’s Pillow, and internationally in Australia, Jordan, Mexico, and Sweden. In addition to his performance career, Washington is a sought after national and international teaching artist at the Joffrey Ballet School, LaGuardia High School for the Performing Arts, Broadway Dance Center, and Brent Street in Australia.
With multidisciplinary, experiential performance works that investigate the people, practices, and spaces shaping Washington's black identity, he was proud to present his art in 2017 at the Boston Dance Festival, Pepatian and BAAD!, Periapsis Dance and Music Noesis, and at the legendary Movement Research at Judson Church in Spring 2018. Washington is also a 2017-18 Dancing While Black top 10 choreographic finalists. Alongside his creative work, Washington has entered his second season with Camille A. Brown and Dancers in collaboration for her work Ink that premiered at the Kennedy Center in December 2017.
Recently Maleek was a part of the ensemble for NBC's Jesus Christ Superstar staring John Legend as Jesus. He just finished performing at the 2018 Ted Talk Conference in Vancouver British Columbia in Camille A.Brown's New Second Line and performed with ASAP Rocky's testing album release installation at Sotheby’s NYC. 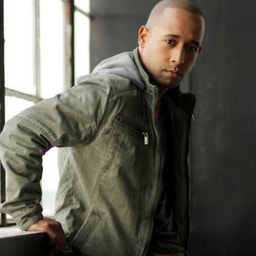 Ashley Lindsey is an NYC-based dancer, choreographer, and teacher. He is a graduate of the University of North Carolina School of the Arts, under the direction of Susan McCullough. Upon graduation, he was invited to join the Limon Dance Company, where he danced for six seasons. He later went on to dance for various contemporary companies including Lar Lubovitch Dance company, Helen Simoneau Danse, and The Wes Veldink Movement. Other performing credits include national commercials for Target, ESPN, Skype, the film “Bolden”. As well as various industrials and independent music videos.
As a choreographer, he has created work for stage, film, television, dance companies and universities across the country and abroad. In 2012 he founded Ashley Lindsey Dance, the company has since performed in the Reverb International Dance Festival, Pushing Progress
Showcase, Raw Movement Festival, and White Wave Dance Festival. He was selected as a finalist in the 2011 Capezio ACE Awards, for choreographic excellence through Break the Floor Productions and Dance Spirit Magazine.
His work for television and film can be seen in a series of international commercials featuring model Miranda Kerr as well as the short films “Drilling Holes Into the Sun”, “Pantsuit Power NC" and “Salvage What You Can”.
He has also worked alongside Tony award-winners winner Hinton Battle as an Assistant Choreographer on several productions including Danze Dreams The Road to Broadway and Danze Off.
Teaching Credits to include guest faculty at the University of North Carolina School of the Arts, Steps on Broadway, Limon Dance Foundation, Elon University, Duke University, Joffrey Ballet School, Elon University, Houston Metropolitan Dance Company, as well as numerous studios and international workshops. 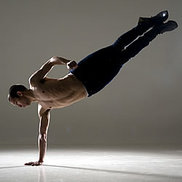 ​Ronald West began his intensive study of dance in 2005 under Kirstie Spadie of the North Carolina Dance Institute on a full scholarship, while simultaneously attending the North Carolina State University. There he received a Bachelor’s Degree of Environmental Design from the College of Design at the School of Architecture. He has studied and danced as an adjunct company member at the Dance Exchange in Washington D.C. lead by artistic director, Cassie Meador, has studied at ‘The PULSE’ student and teacher workshops in Atlanta and New York under the pulse faculty master teachers and various workshops across North Carolina. A natural study, Ronald began assisting six months into his training and went on to teach by the end of his first year of training. He continues to explore a vast range of dance movement in his classes, in which cutting edge contemporary hip hop and jazz styles are explored. To add, he has danced professionally in Modern Dance works, both locally and nationally, under choreographers Diego Carrasco Schoch, Kate Davis, Courtney Greer, Killian Manning and Michelle Pearson in association with the Continuum Collective, Dance Exchange and Black Box Dance. He has become one of North Carolina’s most sought after choreographers and master teachers within the University System, dance studio circuit, public and private school systems, dance organizations, such as Kodachrome, and he continues to broaden his palette by branching into the commercial music video scene, including choreography for the videos and tour of the premiere album ‘Beauty in the Breakdown’ for upcoming edgy lyricist and vocalist Jean Morisson of Nerv Records.
Beyond choreographing for the previously mentioned, in 2011, Ronald founded the BLACK IRISH contemporary hip hop company which is focused on the generation of strong and creative movement, with the simultaneous intent of bringing the dance and greater community together through the love of dance, regardless of race, gender, sexual orientation or religion. Ronald West continues to grow both as a student and teacher and is excited for his future movement research. 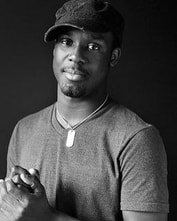 Mychal Woodard is a world-traveling choreographer based out of North Carolina. He has worked with some of the biggest names and tv shows such as So You Think You Can Dance, World of Dance and the Disney Chanel. He has won multiple championships with his Hip Hop choreography such as 4 USASF Dance World Championships, 4 Dance Summit Championships, qualifying for Las Vegas on So You Think You Can Dance, and 2 Time Top 15 Quarter Finalists for America's Best Dance Crew. Mychal is also highly trained in contemporary and is super excited to join the Prestige staff and share his love for dance. 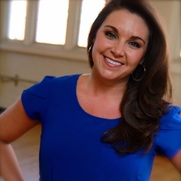 Courtney White is a native of Virginia. She earned her BA in dance concentrating in performance and choreography from Meredith College. After graduating, she performed as a dancer and character performed at the Walt Disney World Resort in Orlando, Florida for three years before attending The University of North Carolina Greensboro Department of Dance for her MFA. Her work has been presented in Maryland, Virginia, and North Carolina. Creatively, she has worked with several distinguished choreographers including B.J. Sullivan, Bill Evans, Renay Aumiller, Kristen Osborne Lucas, Talani Torres, Joan Nicholas-Walker, and Carol Finley(CFDG). Currently, she is an adjunct faculty member at Meredith College, the lead instructor and choreographer for the Carolina Preserves Dance Company, and a part of the Jazz faculty at The Ballet School of Chapel Hill. She also serves as the Alumni Advisor and Recruiter for the Wolfpack Majorettes at North Carolina State University and is a certified judge with the National Baton Twirling Association.

Nicole Lawson is a dancer, choreographer, teacher, and activist working in the Research Triangle Park community of North Carolina. As a choreographer, her work investigates the pathways between injustice and hope. Her works have been presented at Meredith College in Raleigh, NC, Emergence in Durham, NC, the American Dance Festival’s Student Mobile Tour in Durham, NC and the American College Dance Associations Mid-Atlantic Conference at West Virginia University. As a performer, Nicole has danced with Kate Davis and the Continuum Collective and performed for other choreographers including Kristin Sudeikis, Beth Gill, Elizabeth Corbett, and Boby Ari Setiawan. Nicole currently dances with the Carol Finley Dance Group of Raleigh, NC and Renay Aumiller Dances of Durham, NC.
Nicole is a graduate of Meredith College where she received Bachelor of Arts degrees in Dance Studies and Spanish. She is also a 2010 alumna of the North Carolina Governor’s School. In addition to her work as a dance instructor with Energy Kidz & North Raleigh Gymnastics and 9th St. Dance, Nicole also collaborates with Wake County Public Schools as a guest artist. Most recently she set “Better, Stronger, Faster” on Modern II students at the Knightdale High School of Collaborative Design and served as the Broughton High School Company Audition Guest Artist. Nicole is also on faculty with Ultimate Starz Dance Productions, based in Pilot Mountain, NC. To learn more about Nicole, please visit her website, http://nicoledance.net.